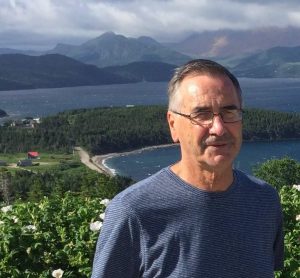 Sweetapple Field has a sweet ring to it, and in just a few months, that could be the name the City of Corner Brook bestows on the Wellington Street soccer complex to recognize Doug Sweetapple’s contribution to soccer in the city.

Sweetapple has been involved in soccer in the city for more than 50 years as a player, coach and executive member.

Council considered the proposal in November and with unanimous support had been going to ratify an official decision on the naming in March.

But the timeline was accelerated up a bit after a SaltWire Network story revealed Sweetapple’s plan to the leave the city and relocate to Dartmouth, N.S., in June.

“(Doug Sweetapple) is basically willing to do anything possible for the game to succeed in Corner Brook. He will go above and beyond for the love of soccer.” — Suzanne Carey

On Friday afternoon the city announced it was naming the facility in his honour. The release doesn’t give the exact name that will be used.

Sweetapple was taken by surprise when told of the naming and even a few hours after was at a bit of a loss for words.

“It’s certainly a kind gesture. The significance is difficult to put it all together. I’m not a big fan of getting things named after people, but what can I say, it’s certainly an honour.”

And he thanked the mayor and councellors and the three leagues for the gesture.

“It’s certainly not something that you anticipate in your endeavors as you go through from day to day the activities involved with any sport.

“You just go about your daily life. You enjoy what’s set before you. You try to keep an even keel and that applies to this situation as well.”

Suzanne Carey is part of the group that runs the ladies’ league and submitted the proposal to the city on behalf of all the leagues.

“It’s probably something that every soccer player who’s put any amount of mileage on Wellington or any soccer field in Corner Brook has probably had in the back of their mind.”

The idea had been tossed around before, but this past fall after being able to successfully hold a soccer season during the COVD-19 pandemic it came up again.

Carey said Sweetapple has always been there for soccer in the community — from running practices, to coaching, refereeing or even just being there to unlock the gate — and that has been no different during the pandemic.
“He is basically willing to do anything possible for the game to succeed in Corner Brook. He will go above and beyond for the love of soccer.”

The proposal included testimonials that spoke of Sweetapple as a mentor, a motivator and an inspiration and that his presence has inspired them to be better people.

“I think it’s because through the love of the game people learned really great life lessons from Doug and have carried that into adulthood, and into their lives, and their careers and families, which I think is a really cool spinoff.”

Renee Sherstobetoff is the acting president of the Corner Brook Minor Soccer Association and was pleasantly surprised to hear the plan had been made public.

“That’s excellent news,” she said and added that minor soccer was fully in support of the proposal when it was brought forward.

She’s been involved in soccer for a few years and was coached by Sweetapple when she played as a kid.

“I think it’s beautiful. I think It’s something that’s well deserved and there’s no one else that I could think of that field could be named after.

Diane Crocker is a reporter covering the west coast of Newfoundland.